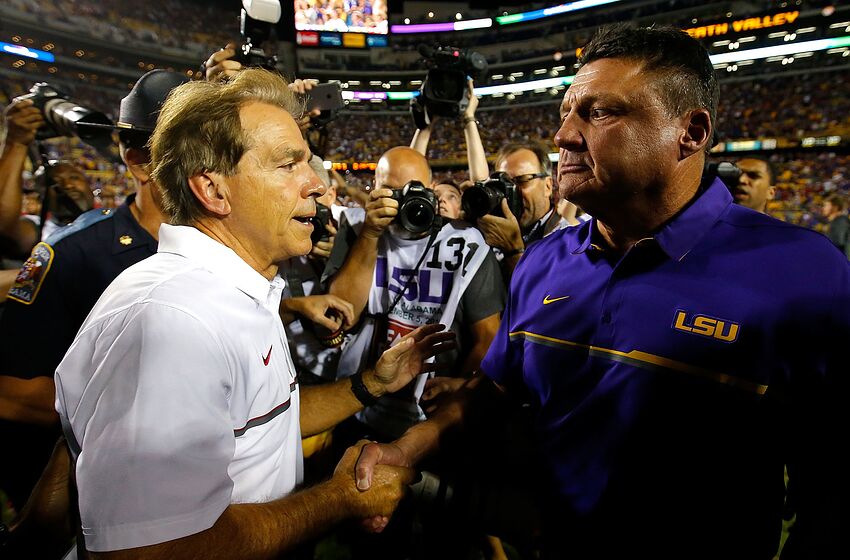 As week six plays out in the SEC, brash talk and bold claims get the most attention. A confident Alabama football team is not playing that game.

Today’s generation of players often must be taught that lesson. Nick Saban is good at teaching it, in an old-school way not dissimilar from former Alabama football coaches, Gene Stallings and Paul ‘Bear’ Bryant.

No one will ever hear Tua Tagovailoa claim to be the best QB in the SEC. Even though, Tua could claim he is the best in college football. A quick history lesson is of value. Joe Namath is known for his ‘braggadocio’ in guaranteeing an improbable Super Bowl victory. He never voiced such brashness while a Crimson Tide quarterback.

Alabama football does not have to claim anything. It can celebrate based on real achievements or it can cope with failure as it did last January. What it does best is work – toward the always, yet to be achieved challenge, of being the best it can be.

At most, a handful of other college football programs understand the difference between talking and doing. And there is a lot of talking going on in the SEC. Admittedly much of the talking is from fans. Like the former LSU player, who said this week, he expects the Bengal Tigers to run up more than 50 points on the Crimson Tide in Tuscaloosa.

Let’s give that bulletin board material some context. LSU has scored more than 30 points on the Crimson Tide only three times going back to 1895. The Bengal Tigers scored 31points in 1946, 35 in 2001 and 41 in 2007. As Crimson Tide fans know, LSU has managed just 10 points against the Tide over the last three games. Two of those games were shutouts for the Alabama football defense in Baton Rouge.

Coach O has made no such claim but he has made bold statements the last three seasons about his team being equal to the Crimson Tide. Orgeron is not alone.

Gus Malzahn has a habit of letting his mouth run amuck. After losing to the Crimson Tide 55-44 in Tuscaloosa in 2014, Gus’ primary summation of the game was “we should have run up 60 on them.” Gus said it immediately after the game and the next day, after firing his defensive coordinator, he said it again.

That is the problem with brash talk – it reveals inner weakness. At the least, it masks doubt and fear.

Let them all talk. Lincoln Riley, Gus, Kirby, Orgeron and let them be joined by as many of their players who wish to run their mouths as well.

Alabama football may or may not beat them all in 2019. But none of those coaches and their players will talk their way into knocking off the Crimson Tide.